In what feels like the blink of an eye, we’re already celebrating the 10-year anniversary of the Opening Ceremony of the London 2012 Olympic Games. This spectacular occasion on Friday 27 July parodied Chariots of Fire, paraded world-leading athletes and paved the way for inspirational sporting events such as the Olympic marathon and race walk, which London Marathon Events (LME) was proud to organise.

But that’s not all. In the decade since the Games, LME and its parent charity The London Marathon Charitable Trust (The Trust) have worked hard to build on the London 2012 legacy and Inspire Activity among people of all ages, abilities and backgrounds. From funding programmes to popular mass participation events, the two organisations’ Olympic legacy projects continue to change lives and champion physical activity.

Finishing on The Mall and featuring some of the world’s most talented marathoners, the London 2012 Olympic and Paralympic marathons bore strong parallels with the London Marathon that LME brings to the capital each year.

And even a decade later, the 2022 TCS London Marathon will carry the electricity of the London 2012 Games, with double gold medallist and Super Saturday extraordinaire Sir Mo Farah – who is also a past winner of the Mini London Marathon – taking on the iconic 26.2-mile event for the second time. Wheelchair wonders David Weir and Marcel Hug – gold and silver medallists respectively in the London 2012 Paralympic marathon – are also set to return to the capital for this year’s TCS London Marathon. 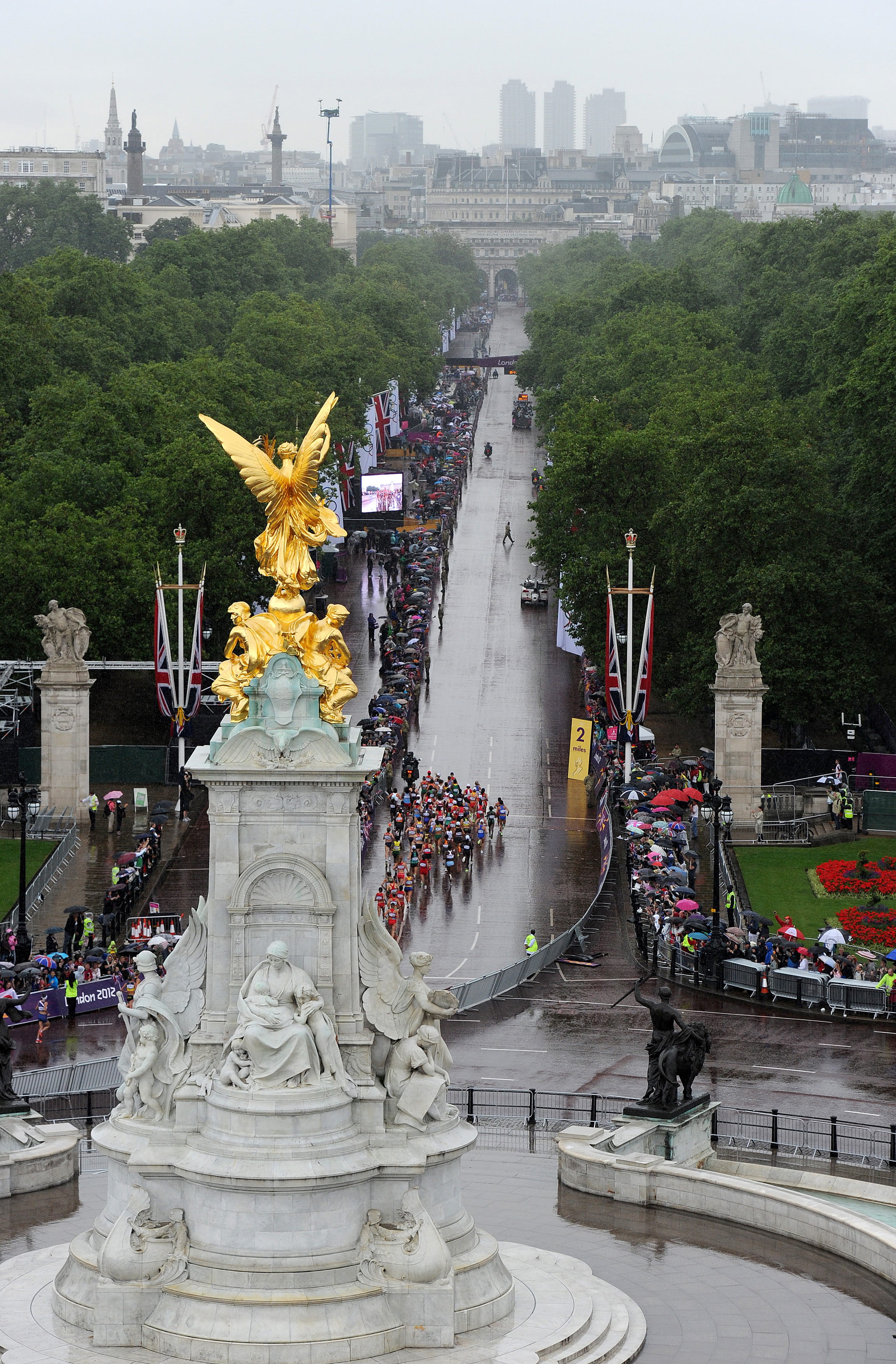 Beyond the marathon, LME also launched three new Olympic legacy events off the back of the London 2012 Games: RideLondon, Swim Serpentine and the Vitality Westminster Mile.

The most successful 2012 Olympic legacy event, RideLondon was developed by the Mayor of London and his agencies and first held in August 2013. Now, it is the world’s greatest festival of cycling.

Since its first edition, more than 500,000 riders have taken part in the event, collectively raising in excess of £80 million for more than 1,000 charities over the same period. This year’s RideLondon, held from Friday 27 May to Sunday 29 May, included 100-mile, 60-mile and 30-mile rides across parts of central London and rural Essex, as well as the RideLondon FreeCycle and three-day UCI Women’s WorldTour pro race, the RideLondon Classique.

Launched in 2016, Swim Serpentine is an open water swimming event staged in the beautiful Serpentine lake in Hyde Park, the venue for both the marathon swimming and triathlon events at the London 2012 Games. Swim Serpentine features half-mile, one-mile, two-mile and even six-mile swim distances, and places are still available in this year’s event on Saturday 17 September – to enter, click here.

Established in 2013 thanks to a partnership between LME and Westminster City Council, the Vitality Westminster Mile is now known as the UK’s premier mile road running event. Suitable for people of all ages and abilities – from walkers to wheelchair users and children to PB-chasers – the mile-long course loops around St James’s Park before finishing in front of Buckingham Palace. This year’s event was held on Sunday 1 May, the day before the Vitality London 10,000.

Since the 2012 Olympic and Paralympic Games, The Trust has awarded more than £7 million as part of a special fund to support Olympic legacy projects, inspiring hundreds of thousands of people to get active.

Major legacy projects include the £3.4 million London Marathon Community Track, a new athletics facility built upon the original London 2012 Olympic and Paralympic Games warm-up track in the Queen Elizabeth Olympic Park. Since 2018, more than 250,000 people have used the track for community sports, school activities and charity events, and more than 25 Olympians have trained and developed their talents here.

Another Olympic legacy project set within the Queen Elizabeth Olympic Park and awarded The Trust funding is the £2 million Lee Valley VeloPark. Offering a range of activities including circuit cycling, BMX and adapted cycling for people with disabilities, this facility continues to encourage thousands of people to get on their bikes.

Having provided funding for British endurance running since 2001, LME later set up an elite athlete funding programme in 2019 to directly support 30 athletes who – although not on British Athletics’ World Class and Futures Academy programmes – had the potential to shine at major competitions. Ten of these first funded athletes went on to represent Team GB at the 2020 Tokyo Olympic Games.

LME’s elite athlete funding programme is just part of a pathway that helps support British runners from the playground to the podium. One notable funding recipient is Keely Hodgkinson, silver medallist in the 800m at both the 2020 Tokyo Olympic Games and – most recently – the 2022 World Athletics Championships in Oregon.

While the ceremonial flames have long been extinguished, the light of the London 2012 Olympic and Paralympic Games is still very much alive, with legacy events and funding offering a beacon of hope for the future of British sport.